This factsheet describes the symptoms, life cycle, monitoring methods and control of San José scale (Diaspidiotus perniciosus). This fruit tree pest can be found in most fruit growing regions of the United States. In well-managed orchards, populations of San José scale are generally too low to cause economic damage. In poorly managed orchards however, San José scale can get established and be difficult and expensive to control.

If you’re looking for a small tree with attractive white blossoms in spring and small fruits that can be food for animals or humans, consider one of several species of serviceberry. There are a number of plants in the genus Amalanchier that are graceful trees or shrubs that can provide year-round ornamental interest in the landscape. To learn more, read this article…

Sawflies are a group insects related to wasps that get their common name from the saw-like appearance of the ovipositor, which females use to cut slits in stems or leaves to lay their eggs. The plant-feeding larvae often look like caterpillars or slugs, and many are quite noticeable because they often stay together to feed in groups and quickly cause noticeable defoliation on their hosts. Learn more about sawflies in this article…

Eastern filbert blight is a potentially serious fungal disease found throughout the United States, including Wisconsin. It affects Corylus species, commonly known as hazelnuts or filberts, causing cankers on branches and trunks. Symptoms and management are described in this factsheet. 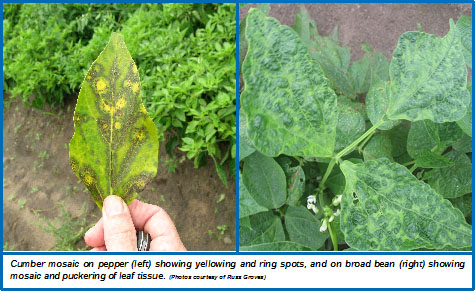 Cucumber mosaic is a viral disease of worldwide distribution that affects over 1200 plant species. Hosts include a wide range of fruits, vegetables, herbaceous and woody ornamentals, and weeds. This factsheet covers identification and ways to prevent this incurable disease. 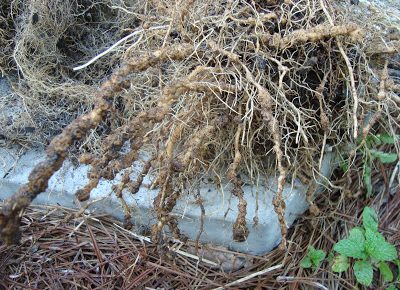 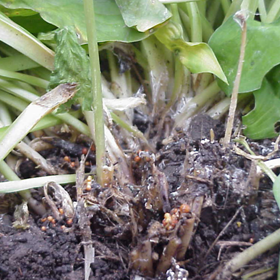 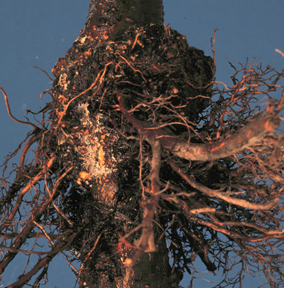