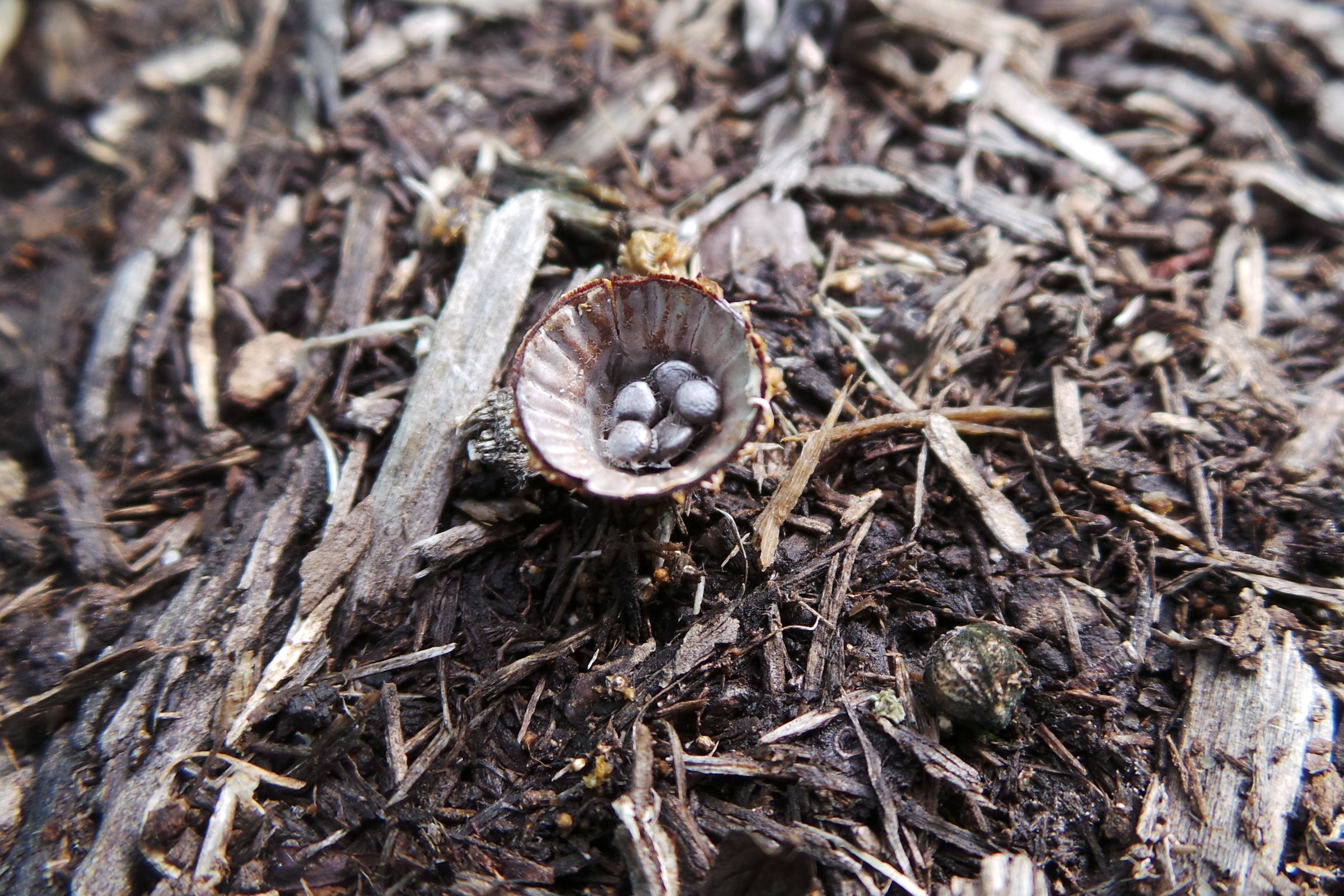 What do bird’s nest fungi look like?  The tiny fungi are best identified by the appearance of a brown, gray, or white outer “nest”, with brown or white “eggs” inside.  The “eggs” are actually spore-containing structures called peridioles that rest inside the cup-shaped fruiting body (reproductive structure).  Individual fruiting bodies are usually only ¼ in. in diameter and vary in shape, size, and color depending upon species.

Where do bird’s nest fungi come from?  Bird’s nest fungi are classified in the fungal group gasteromycetes.  Cyathus spp., Nidula spp., Crucibulum spp., Nidularia spp., and Mycocalia spp. are the most common genera of bird’s nest fungi.  These fungi are often found in moist, shaded areas, and typically survive on soil, plant remains, decaying wood, or horse and cow excrement.  The characteristic “cup and egg” structure of the bird’s nest fungi provides a unique method of dispersing spores.  In a storm, the “eggs” are splashed out of the “cups” by raindrops.  “Eggs” can travel a distance of a meter or more before sticking to another object.  When the “egg” dries, it splits open releasing fungal spores.