Mosses prefer damp, shaded areas, but can also grow in dry, sunny locations. When lawns are not healthy, often due to poor drainage or shade, moss can move in. Learn about moss in lawns in this factsheet. 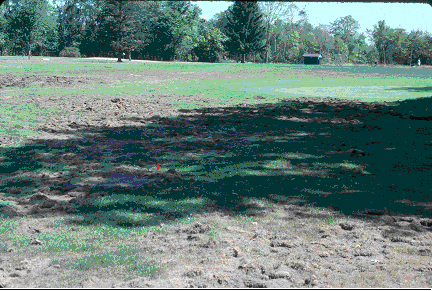 Several species of white grubs are considered turfgrass pests in the Midwest due to their feeding on grass roots. Learn about management and control techniques in this factsheet.

Red thread is a foliar disease of cool-season turfgrasses such as fescue, perennial ryegrass and Kentucky bluegrass. Learn to identify and manage red thread here.

A potentially serious insect pest of turfgrass, Masked Chafer has only been found in a few counties in southern Wisconsin. Learn how to be on the lookout for this pest in this publication.