If you see fluffy-looking white blobs on your houseplants, you probably have an infestation of mealybugs. These are soft-bodied insects that have a waxy material covering their bodies.  There are many different species of mealybugs that commonly occur on a wide variety of plants. To learn more about these pests and how to control them, read this article…

Major branch dieback, plant decline, and plant death on Viburnum species in Wisconsin are commonly associated with the caterpillars of clearwing borer moths. Heavily infested plants appear unhealthy, and often show swelling, cracks and emergence holes at the base of the plant.

Odorous house ants (Tapinoma sessile) can be found across the United States and are one of the most common ants found in and around structures in Wisconsin. These ants are known for their fondness for sugary foods and their distinctive odor when crushed.

Squash bugs are an emerging problem in Wisconsin. In recent years, these insects have become more prevalent, causing damage to vine crops in home gardens and commercial fields alike. Squash bugs feed on all vine crops, but pumpkins and squash are their preferred hosts. This factsheet covers identification, life cycle, management and more. 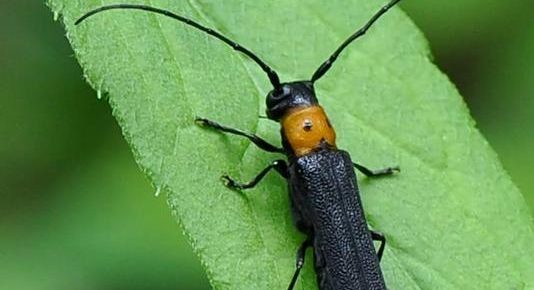 Phenology is the study of the cyclical or seasonal nature of animals and plants. This seasonality allows us to predict quite well when an insect will be doing what, and thus, when we might find damage. Some damage that’s apparent right now is from the raspberry cane borer (Oberea perspicillata), a beetle in the family […]

The painted lady butterfly is a common visitor in Wisconsin, especially in the fall. These colorful insects prefer open areas, including prairies, old fields, vacant lots, and gardens where they feed preferentially on the nectar from relatively tall herbaceous perennials. The spiny caterpillars feed on a large number of different plants. To learn more about this butterfly, read this article…