Typhula blight, also known as gray or speckled snow mold, is a fungal disease affecting all cool season turf grasses grown in areas with prolonged snow cover. These grasses are widely used in residential lawns and golf courses in Wisconsin and elsewhere in the Midwest. This factsheet describes how to manage this common fungus. 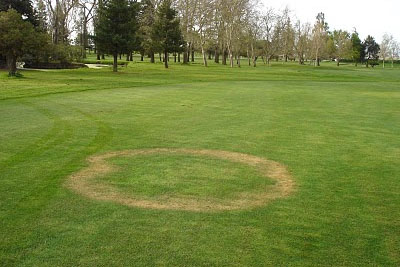 Fairy rings are circular areas of abnormal turf growth that are most commonly found on lawns and golf courses where soils have high levels of organic matter, and in areas where trees have recently been removed. Due to their mysterious, circular appearance, medieval lore described them as caused when a band of fairies had danced in an area. Learn what to do if fairy rings appear in your lawn in this concise factsheet.

Stinkhorns are mushrooms that are found from the tropics to more temperate regions such as Wisconsin. They can suddenly appear in mulch, lawns, and areas with bare soil. These visually-shocking fungi get their common name from their characteristic, unpleasant odor. Stinkhorns do not cause plant disease, and can actually be beneficial, as described in this factsheet.

To grow grass in the shade, you’ll need to use different management practices from those you use for growing turf in the the full sun. This publication outlines recommended management strategies and suggests alternative for areas where grass just won’t grow. 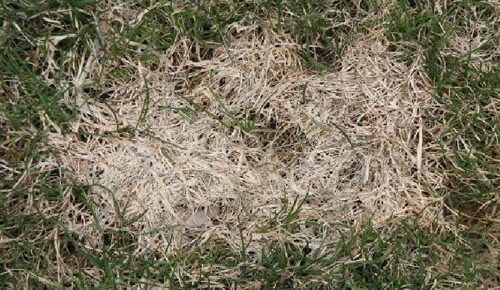 This publication can help you identify some of the most common lawn problems you may encounter, and how to manage them.

Wisconsin is prone to dry spells during the summer months, causing our lawns to suffer. This article describes ways to help your lawn survive and recover from these periods of drought.

Author(s): Scott Craven, David Drake In this, the third publication in the “Living With Wildlife in Wisconsin” series, the authors describe the curious habits and underground way of life of Wisconsin’s two kinds of moles. They discuss how to limit the damage these velvety animals may cause, either by cutting off their food supply (which […] 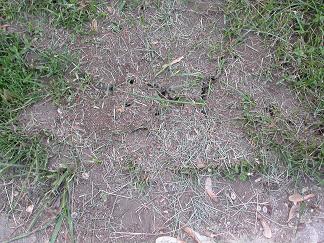 Phil Pellitteri Revised:  1/25/2011 Item number:  XHT1204 One of the most common ants in Wisconsin is the field ant (Formica spp.).  This ant is noted for producing large mounds that can ruin the aesthetics of home lawns, make lawn mowing difficult, and interfere with the growth of herbaceous and woody ornamentals. Appearance:  Field ants are […]